The aim of this work was to study the intense relationship between the principles of freedom and equality in modern societies, or between capitalism and democracy, and, to defend the idea that the best way of solving this tension was reached by the modern welfare states The work aims at studying the institutional experience of the welfare state in a perspective which allies the historic reconstruction to conceptual reflection, through the revision of literature on this theme or related themes. First, a preliminary and conceptual discussion on the relations between market, state and democracy, is carried out indicating the necessity of the state regulating the market to preserve the underlying equalitarian principles as well as pointing out that the best constitutional solution found in this sense was the welfare state. Secondly, a reconstruction of the historic course of the formulation of social policies from the liberal governments of the XIX century to the social democrat welfare state is done. Next, the theoretical explication of the emergence, consolidation and crisis of the welfare state is presented and discussed. It is pointed out that the maintenance of the institutional arrangement as a working model of the contemporary democracies, despite its difficulties and deficiencies and the retraction attempts to which it was submitted, suggests that it would become victim of its own success and that its crisis would rather indicate the necessity of adapting and revising the model considering the changes which occurred at its bases and in the economic dynamics in general, than its dismantling and suppression. In addition, the typologies of the welfare state are presented and questioned as well as the need for a more accurate concept of the term so that it can be used with higher acuity and parsimony. In conclusion, a conceptual link between citizenship and welfare state is pointed out as well as the questions emerging from it and the thought that the compatibility problem between democracy and capitalism has now been put in a world ambit by the current stage of the globalisation process and that a stable solution passes through the reconstruction, also at global level, of the commitment from which the welfare state originated is defended. 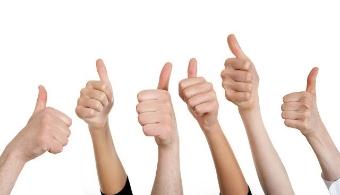